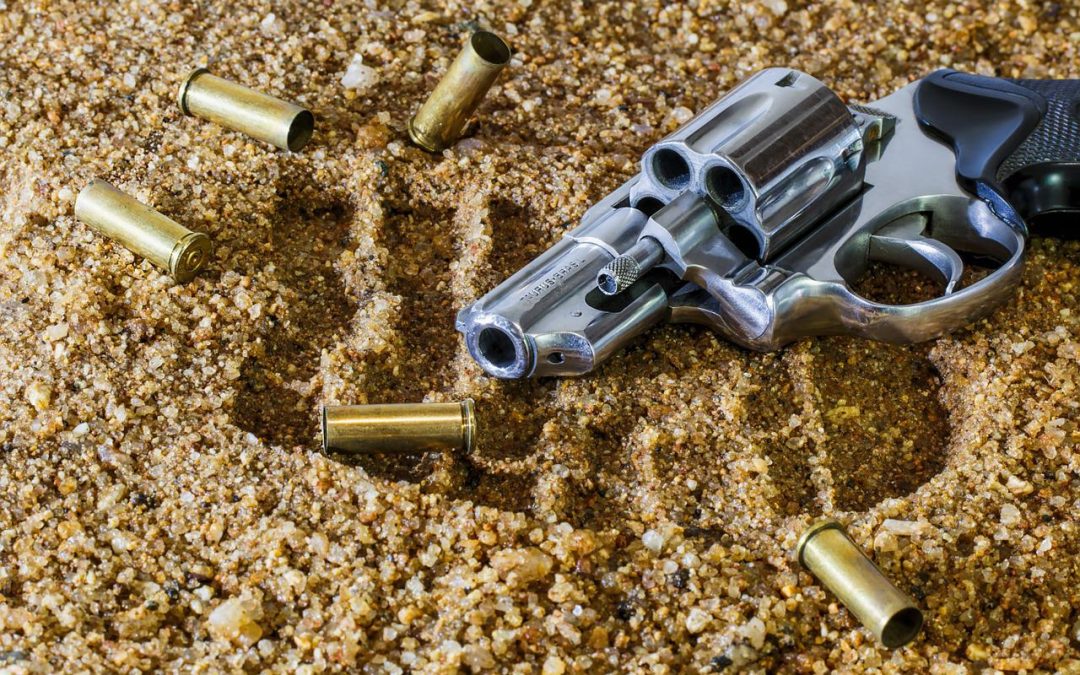 Once again gun control is in the news. Today, May 24, there was another mass murder in a school in Texas. Most were children in grades 1 through 4. The news is saying 19 children and two adults were killed with a gun. This is extremely sad and makes one wonder what is happening here in America. Life isn’t getting better. How do we make life better so no more children or adults will die? Do we want a better environment? What needs to change to give us a better environment? I look to the Bible for answers. We need to think deeper until we find the root of where murder comes from—guns are not the root cause of murder.  How can we experience heaven on earth is we cannot end the violence?

So let us look at some scriptures. The Bible plainly tells us where murder comes from in Romans 1: 26-28. “…God gave them up to vile affections: for even their women changed their natural use into that which is against nature: And likewise also the men, leaving the natural use of the women, burned in their lust one toward another; men with men…”. “They did not like to retain God on their knowledge, God gave them over to a reprobate mind.” Reprobate means having a mind void of judgment. God let them choose and respected their decision. God left them.

“All unrighteousness”: (If no one had sinned the first sin in Eden, the earth would still be an Eden with no need for ten more commandments.)

“Fornication”: (The name of the sexual activities of Sodom and Gomorrah, the Gentiles, the mount of Esau, and Babylon.)

“Wickedness”: (The opposite of righteousness.)

“Covetousness”: (Greed) A major problem within our society today.

“Full of envy”: (Greedy, jealous, full of malice, and resentful.)

“Debate”:  Their main debate is with God, rebellion against God. They debate truth, leading to all the religions and divisions in religions. The lie they fell for is the opposite of truth, therefore, they change truth. The sexually perverse are the unjust. Jesus is just and the unjust debate with and oppose a just Jesus.

“Deceit”:  Lying, injustice, corruption. All corruption in the church, in the business world, and at every level of government comes from those who have disregarded this first law for all mankind.

“Haters of God”: Regardless of what they claim; they hate God. To hate God is to break the greatest commandment—to love God.

“Proud”: This is the pride God hates. God never walks in a gay pride parade. He never attends a same-sex marriage.

“Boasters”:  We have all seen this demonstrated.

“Without natural affection”:  Today, many are given to unnatural affection as was the perverse generation in the days of Noah as demonstrated in the molestation of children, incest, rape, same-sex relationships, pornography, prostitution, the high divorce rate, gangs, physical and verbal abusiveness, and the demeaning of women, etc.

“Unmerciful”:  In the darkness original sin creates those captured by Satan cannot see that they do not care about others. When the Bible says “woe to you,” that does not mean “God will get you.” It means we will have woes: sorry, pain, sickness, injustice, and unhappiness if we as a people choose to sin. Yet, those given to unnatural sex prefer to please their own desires even if it brings all the evils listed above.

The greatest commandment is to love God and one another. But those given to the forbidden sex of Eden actually are showing hate for God, self, and also for others. They have little mercy for their fellow brothers and sisters.

Read the list again and analyze how a nation could put an end to every evil on that list. Isn’t the answer simply by putting an end to all unnatural sex? Wouldn’t it be much more advantageous to begin a campaign of actions designed to end this so very popular sin rather than to condone, defend, practice, bless, and spread it as many organizations, churches, and our government are doing? However, it is the responsibility of Christianity and not the government to bring an end to sin.

A holy Christianity will bring an end to sin. The end of sin will bring heaven to earth. Can you see heaven on earth with none of the evils listed above being part of life on earth?

Image by Steve Buissinne from Pixabay